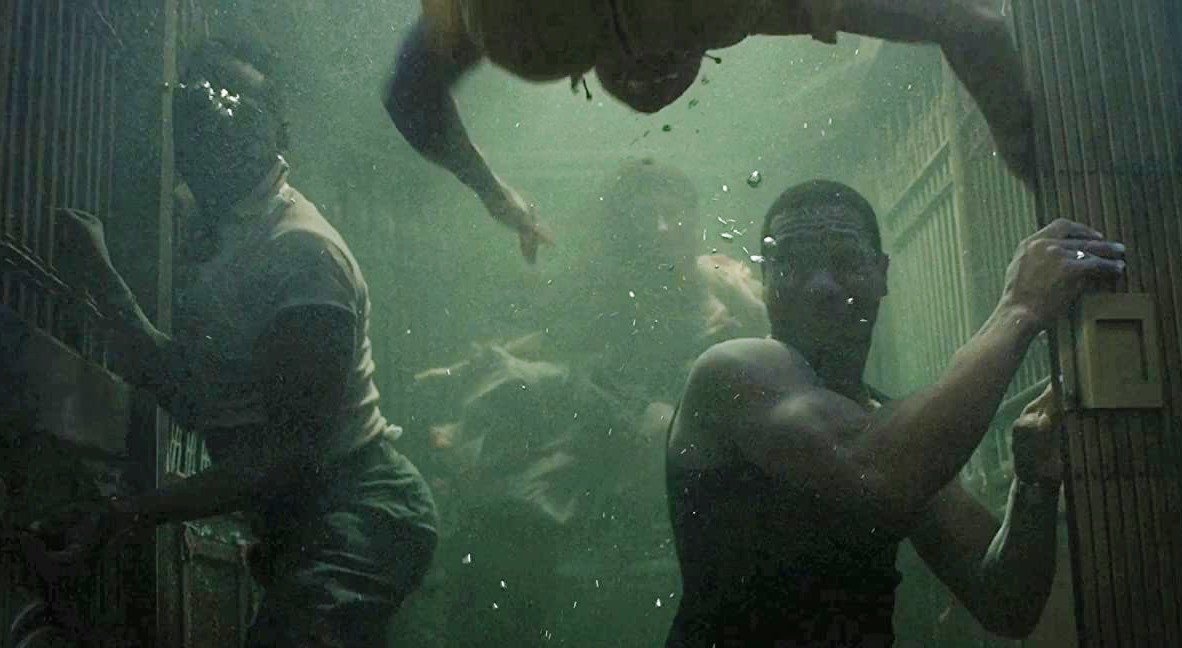 Lovecraft Country continues to thrill audiences, quickly becoming one of the most popular horror series of 2020. This horror series continued its dive into with the release of Episode Four, “A History of Violence,” and Lovecraft Country fans won’t be disappointed. Episode Four sidelines the occult vibes in favor of venturing deep into the center of the Earth with Tic, Leti and Montrose. Show creator Misha Green dials the blood and gore down this next hour to give us a homage to surreal science fiction, such as Journey to the Center of the Earth, by Jules Verne. Objectively, “A History of Violence” paints this horror series with a lighter tone to deliver less blood and more magic trickery.

Montrose is tearing himself apart back at his apartment; memories and hallucinations of Hippolyta and George are tormenting him as he struggles to maintain his silence. He reads solemnly from The Order of The Ancient Dawn, reciting scripture. “Adam named. Eve fucked. God brought forth monsters. Monsters devoured. God smites Eve,” he utters, wondering what it could possibly mean. Montrose lies about the apartment in his underwear like a crying baby, a bottle of Jim Beam half drunk and sitting on the living room table. The roar of the outside subway provides a chaotic background of noise to illustrate his mania. Suddenly, Montrose is burning the book in a trash can. George’s words echo in his mind of him being all that Tic may have left. He strikes the match and the book burns.

Christina drives to Leti’s place to offer an olive branch by warning Leti that Tic just attempted to kill her in public, and that Leti should probably be a lot more careful. Leti isn’t deterred and quickly deduces that Christina is actually the benevolent donor that provided her with money upon her mother’s death. Christina is actually trying to procure Hiram’s orrery, a neat representation of a solar system with metal grating gears and planet models. Christina tries to assuage Leti in the same way she did Tic, claiming that as women, they have a duty to causing chaos and dismantling the patriarchy that placed Samuel and his ilk in charge. Not to be intimidated or easily coerced, Leti gives a stern warning before slamming the door in her face.

Leti immediately takes this news to Tic, furious that he would resort to attempted murder without informing her of it. Though they reconcile, Tic informs Leti that Christina is magically endowed in some way seeing that he couldn’t seem to pull the trigger. Leti then informs him that whatever lost pages of The Book of Names Hiram had are hidden inside the orrery. The orrery is inside of a museum in Boston, hinted at by Christina, but he has no idea where to begin his search.

Drilling Beneath the Surface

Montrose is vehemently against Tic pursuing the vault, arguing that he shouldn’t get mixed in grand wizardry given what they’ve experienced. This doesn’t deter Tic, who immediately sets out to find the vault on his own. Montrose begrudgingly reveals to a departing Leti that he may know exactly where the vault is. Since Montrose was introduced in the second episode, we’ve only been shown a dark, hard man that has no room for emotional confrontation. Montrose doesn’t seem to reward benevolent dialogue; in fact, he almost exclusively abuses it. Despite this, Montrose knew as much about The Sons of Adam and The Order of the Ancient Dawn as George did. The drawback here is whatever positive interaction we could’ve seen between the two is ditched for Tic and Montrose’ relationship.

Montrose reveals to Hippolyta that the group plan to visit the museum, which only complicates the plan further that she knows their precise location. Montrose mutters that it isn’t his fault before taking a swig from his flask.

Meanwhile, Ruby is incensed that her dream job just hired its first colored woman. Ruby drunkenly recounts the details later that night at a bar to an unsuspecting William, whom we can only assume is here specifically to coerce her into mischief. William’s role has stretched a bit more here as he ventures into something more than just servitude. William continues to pump Ruby’s confidence, arguing that perhaps she’s worth more than simply being able to be seen amongst luxury. For Ruby, this seems to be a possible window into a future of magic.

Atticus and Leti soon gather at the museum and graze the artifacts of Titus Braithwhite, who seems to be an infamous figure inside these walls. Their findings take us on an Indiana-Jones-like puzzle ride around the museum until they happen upon an alligator with a diamond tooth, highlighted by a sun puzzle. Leti pulls the switch, and the three discover a mausoleum beneath the statue in the main hall of the museum, depicting various paintings and symbols showing Titus in the marble.

Climbing down a rope, Atticus reads an inscription that warns anyone who walks on the path to “beware” of rising tides, foreshadowing a flood of the cavern. While arguing with Leti about his wealth of knowledge on The Sons of Adam, Montrose’ eyes widen when he realizes that Titus made his trip in 1810, establishing the Sons of Adam only three years later. Whatever he found must have made the trip more than worthwhile.

The tone in this hour-long episode is a lot less scary compared to previous episodes, but it maintains a healthy level of tension with Titus’ magic booby traps. It supports Misha Green’s initiative of turning Lovecraft Country into a black anthology instead of a black horror series exclusively. The results here are bittersweet. It’s hard to follow the emotional impact of an exorcism of tortured black souls with an homage of Journey to the Center of the Earth. While we haven’t reached the end of the season yet, it’s safe to expect a multitude of topics in this horror series.

The group venture farther into the cave network, water levels rising ever slower as the minutes go by. By now they are waist deep and trudging through bunches of skeletons and body parts. Leti quickly deduces that these bodies belong to the same missing men that invaded her home in the previous episode, meaning this cave network connects to the elevator under her house. This strange bridging of dimensions does wonders to make this episode a maze of plausible deniability, and luckily, we’ve already been exposed to this surreal style of world building by Jules Verne. Finally, they happen upon the final door to their treasure but are taken aback when they find the contents inside.

A trap door opens from the roof of the cave and a ladder descends down. At the top is a room of dozens of mummified humans, all styled in Inca tribe wear. It’s a madman’s depiction of a classic savage family; elderly grandparents sit at a dinner table, both tame expressions stapled by the bolts on their cheeks as the feathers and leather wither away; a mummified infant is held by its mummified mother; all over the room are mementos and artifacts from the inside of a massive ship from the 19th century, as if Titus froze an entire prison on a boat into time. Overlooking this visage is a corpse clutching a map of Titus’ voyage.

Tic immediately takes the scroll from their clutches, triggering the reanimation spell on them. Bones crack and pop as dust leaks from its innards while its hair withers to life with the sound of pooling sand. The camera does a roundabout shot as we watch the corpse slowly comes to life. Its eyes and nervous system begin to pop out of its form. The corpse ridges and jerks in every direction until the skin is finally restored, revealing a healthy, beautiful person with multiple tattoos styled in The Language of Adam. She mutters words of an unknown tongue that only Tic recognizes, engaging him about who they are and what they’re doing here.

They reveal their name is Yahima Marakoti, and they have been imprisoned there for over a century. Yahima is intersex, clarifying to be man and woman, two spirits in one. Long ago, Titus journeyed to her native Land of Many Waters in search of knowledge about the lost pages of The Language of Adam. Yahima recognized the lettering, mentioning that it came from the cave of Alomun Kundi. They initially had no reason to not trust him, they said, but became disheartened when they realized just how hungry for power Titus was. When they refused to decipher any more of the language for him, he made a promise to reunite Yahima with their family and made good on that promise. Though Yahima does not hate Tic, they cannot help them as they claim to not know his spirit. Montrose begrudgingly takes the scroll from her hand, causing the ship to implode with water from the outside.

Our heroes frantically scurry back towards the entrance of the cave with Yahima in tow, barely catching the elevator in time before the entire cave was flooded. Things seem to be looking up as the elevator begins climbing, but quickly goes awry when Yahima begins screeching. This screech is eerily similar to banshees in The Odyssey, and Tic can’t seem to fix the situation without knocking her out.

Back home, Montrose and Leti go over the details of what happened and deduce that Yahima must’ve been hexed by Titus to be a siren upon escaping his cave. Back at the house Montrose and Tic speak more on Yahima’s condition, confirming that she has been turned into a Siren. Yahima doesn’t believe she can break the spell, though Tic delights him in saying that he has Titus pages now and it only a matter of time until the truth comes out. Montrose walks slowly towards Yahima’s room with a smile on his face and closes the door. Ominous music plays as he circles Yahima before slitting her throat, whispering, “I’m sorry.”

This final farewell underscores the brutality and feckless violence against the transgender and intersex community, and it isn’t just present contextually in the story. Yahima is an absolutely fascinating individual in their own right, and yet the show didn’t care to explore their origins or a deeper story that didn’t include Titus. Yahima is subjected to the same crap now as she was from a century before, and the group rescuing her didn’t do her any sort of service-it was just further torture for Titus to exact on someone unfortunate enough to be born different. On the contrary, what about the Sons of Adam would compel Montrose to murder an innocent human being that had already been tortured and imprisoned?

Hippolyta drives Dee home under a purple Boston sunset.  Dee is doodling along the same map that George used to navigate Lovecraft Country, forcing Hippolyta to stop the car. Viewing the symbols and paths of trail leading to Ardham, cold violins begin to play as Hippolyta’s lightbulb begins to glow. She immediately turns the car around and speeds back towards Boston, where she tells Dee they are going to go get some answers.

Though “A History of Violence” lacks the horror edge of previous installments, we are treated to a healthy surrealist world à la Jules Verne. Some genre fans may have preferred this horror series stick with the dark, gritty roots Lovecraft Country started on, as this episode feels like a strange stepping out from that formula, though it does nicely pull the Lovecraft Country story together. 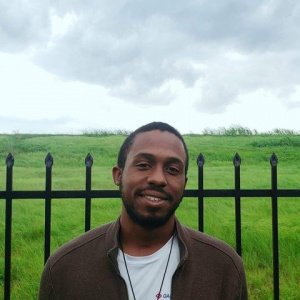 Hiya! I’ve been an avid fan of horror and sci-fi movies since the young age of 12. I studied radio and broadcast at Lonestar College in Houston, Texas and have directed and filmed numerous projects, including a YouTube channel that garnered over 1m views. I am also a sucker for dystopian pulp fiction. In addition, if you have fajitas or fajita-related dishes, please send them my way. 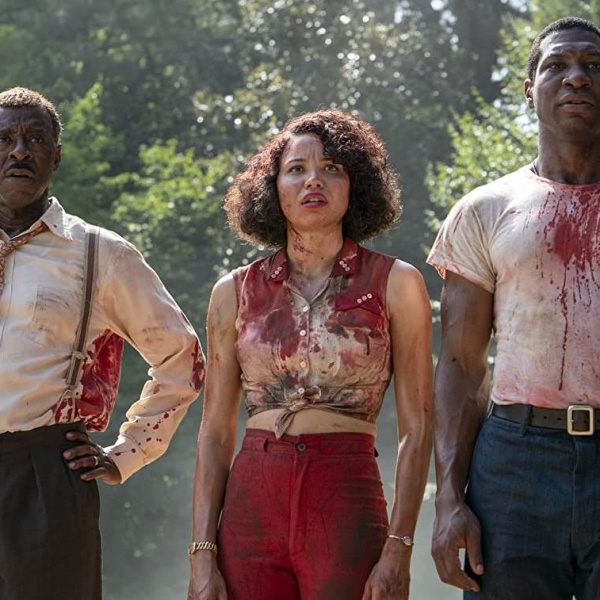 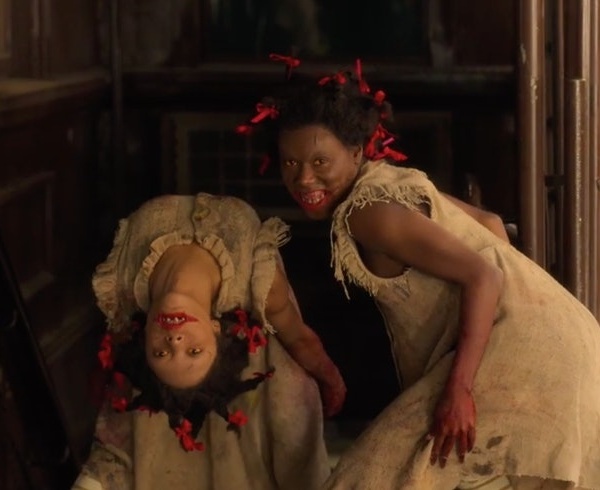 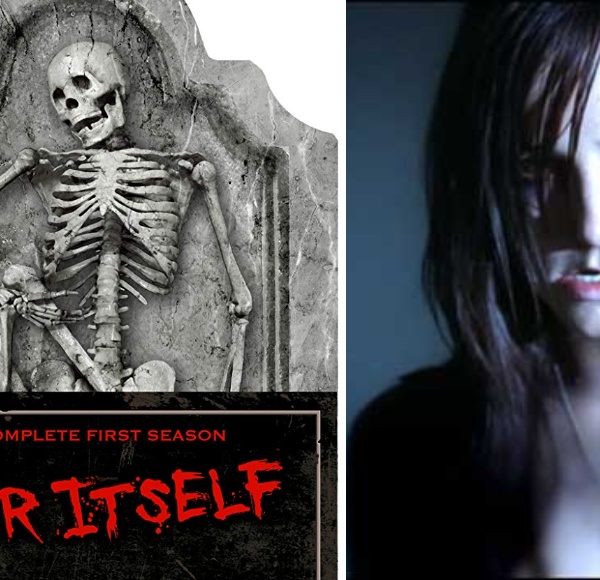 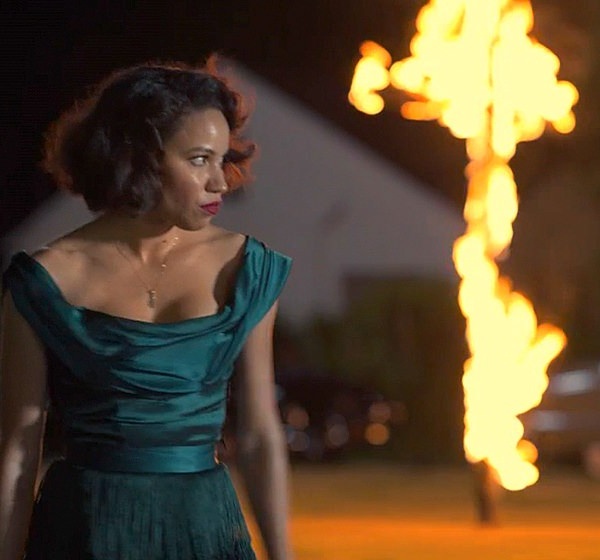