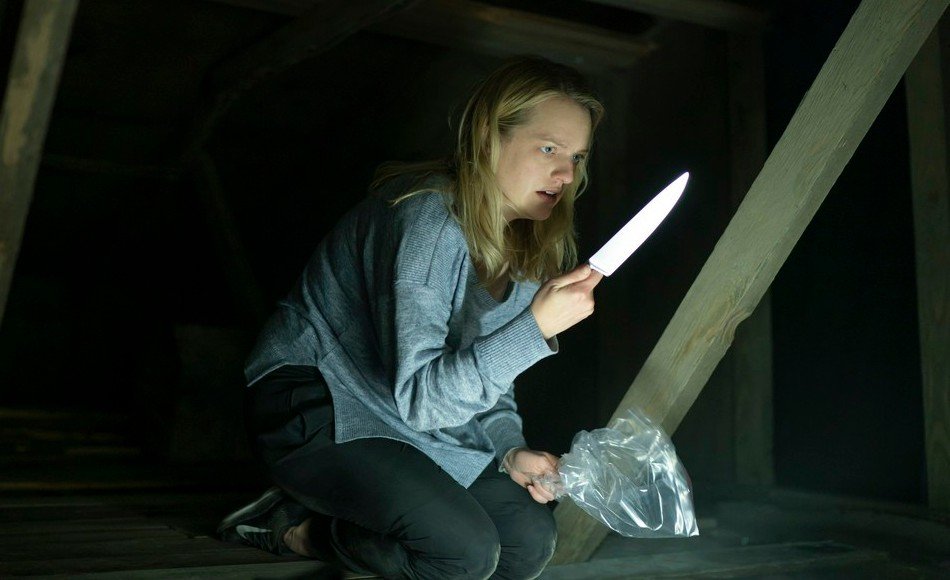 Universal Studios is a name synonymous with horror movies, creating not only the first cinematic universe, but a pantheon of monsters that dominate the collective consciousness. Among the Wolfmen and Frankensteins, there sat an outlier that, appropriately, often goes unremarked when the classical horror movies of old are discussed, despite starring in a large number of films and who’s unseen visage is famous. H.G. Wells’ The Invisible Man may never have carried the same level of frights as his brethren, but this year, all that changed when Saw co-creator Leigh Whannel reimagined the character from the ground up with a psychologically grounded and timely approach that ensures this Invisible Man remain one of the most daunting and fearsome horror figures of all time.

“AND I BEHELD, UNCLOUDED BY DOUBT, A MAGNIFICENT VISION OF ALL THAT INVISIBILITY MIGHT MEAN TO A MAN, THE MYSTERY, THE POWER, THE FREEDOM. DRAWBACKS, I SAW NONE.”

The Invisible Man of H.G. Wells’ original story (quoted in the headers) and James Whale’s classic film is one of the greats of the mad scientist trope, a man driven to madness due to his invention, seeking to be seen, both literally and figuratively. Outside of David Cronenberg’s The Fly and Whale’s own interpretation of Frankenstein, Wells’ Griffin is one of the more psychologically dense of the mad scientists. His descent into madness and consumption by his own ego via the invisibility experiment he struggled to reverse has been adapted countless times in different forms for good reason.

But smartly, Leigh Whannel avoids the mistakes from past horror movies by picking only specific pieces of fruit from Wells’ tree of inspiration, using the seeds to plant something new. Roots of the original remain, but what sprouts is far more potent, skewing the philosophical purview of the human id and self-image for a clinically frightening allegory of domestic abuse, gaslighting and societal treatment of female victims. He also does something incredibly welcome but very surprising; he never focuses on the titular Invisible Man but keeps focus and point of view solely on that of the fixture of his torment, Cecilia, who longs for her truth to be seen.

“IN THE NIGHT, HE MUST HAVE EATEN AND SLEPT, FOR IN THE MORNING HE WAS HIMSELF AGAIN: ACTIVE, POWERFUL, ANGRY AND MALIGNANT.”

From moment one, the film opens with one of the most tense filled and frightening scenes of any horror film in recent memory. Cecilia silently enacts her plan to escape Adrian in the middle of the night, giving us the perfect sense of just how controlling and dangerous he is. For the majority of the film, this is the only time we truly meet Adrian, and he’s asleep silently in bed as Cecilia creeps around, turning off his surveillance equipment. As the scene goes on, the audience grows more tense, sensing the danger of Adrian waking and catching her, brilliantly setting the tone and Cecilia’s state of mind for the rest of the picture.

Through this, we never need to see what abuse Adrian inflicts on her, it would have been gratuitous given the sincere manner in which the film takes the topic of abuse and Cecilia’s PTSD. We don’t need flashbacks. We don’t need overly detailed descriptions. We need only see what it’s done to her after the fact and that even having escaped, Cecilia is still unable to feel safe. Adrian is a specter over the film, he need not even “appear” as an invisible entity, he’s already causing harm before he begins to enact his plan.

His presence on the film is just as how Cecilia feels his presence to be, overbearing and terrifying.

Horror and science fiction tales are always ripe for addressing societal issues and concerns, and currently there’s a growing anger and unrest as more abusers are publicly exposed but still just as capable of getting away without justice or to do harm again, in some cases even gaining the most important office in the land. The MeToo Movement has been a breath of righteous fresh air, finally changing the conversation in society and flushing toxic rats from the dark corners, finally addressing issues ingrained far too long. The Invisible Man has come around at this perfect time to accentuate it with startling accuracy, showing that abusers are the true monsters of the world, and they can creep along, unseen, causing pain and anguish freely.

The most chilling aspect of The Invisible Man doesn’t come from this serial abuser using some science fiction device to render himself invisible to the naked eye so he may go on a reign of terror. No, it’s that if you strip away all the gobbledygook, the conceits of the ghostly menace, the intricate machinations, we know that in reality these plans and these events happen, and they work. With the same level of calculated cruelty. The Man, the abuse and pain he inflicts, is always Invisible to society and to justice. It is a sadly perfect allegory to turn the figure of The Invisible Man into a tale of domestic horror.

Truth falls on deaf ears, and the abuser only lets you see what he wants you to see. For this, Leigh Whannel’s The Invisible Man may be one of the most important horror films ever made, as hyperbolic as that may come across. Not only expertly crafted, but a story that sheds light on true horror that continues to get a pass in our world. Adrian may be The Invisible Man, but Cecilia is The Visible Woman, fighting tooth and nail to take back her control, her peace, and her truth.

“THIS, THIS INVISIBLE MAN, THEN? … I GUESS IT’S ABOUT TIME WE SAW HIM.”

Available to rent and own on VOD, The Invisible Man, naturally, has a Special Edition Blu-ray packed with special features, including a Director’s commentary track from Leigh Whannel! Which is a welcome feature considering how rare commentaries are these days.

Pick it up today and own a new piece of horror history and let us all be on the lookout for what other horror movies Blumhouse will make from Universal’s library of classics. 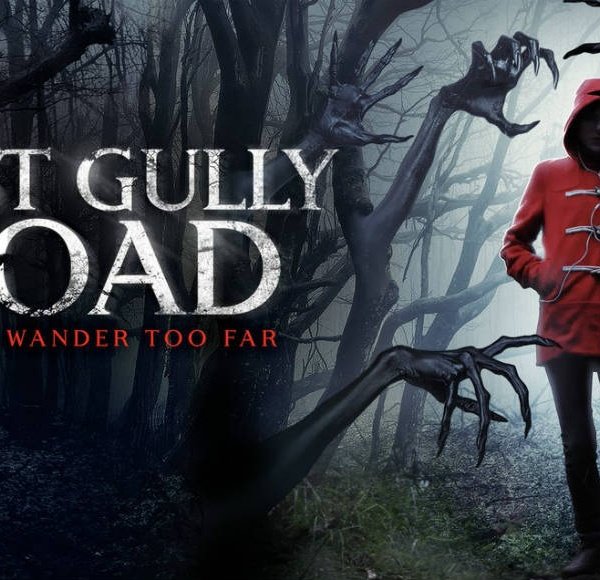 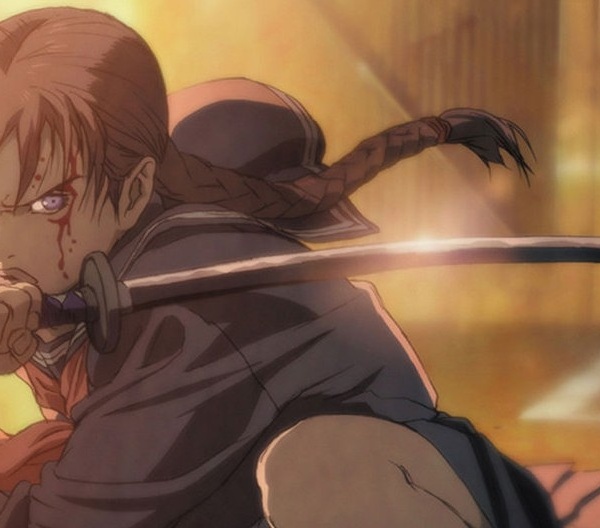 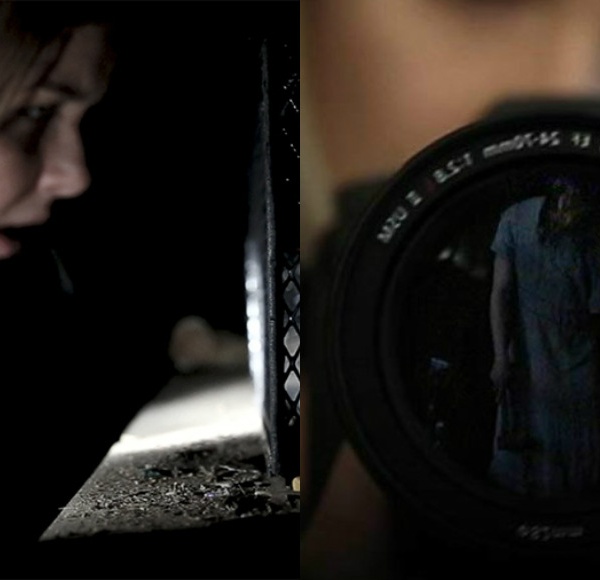