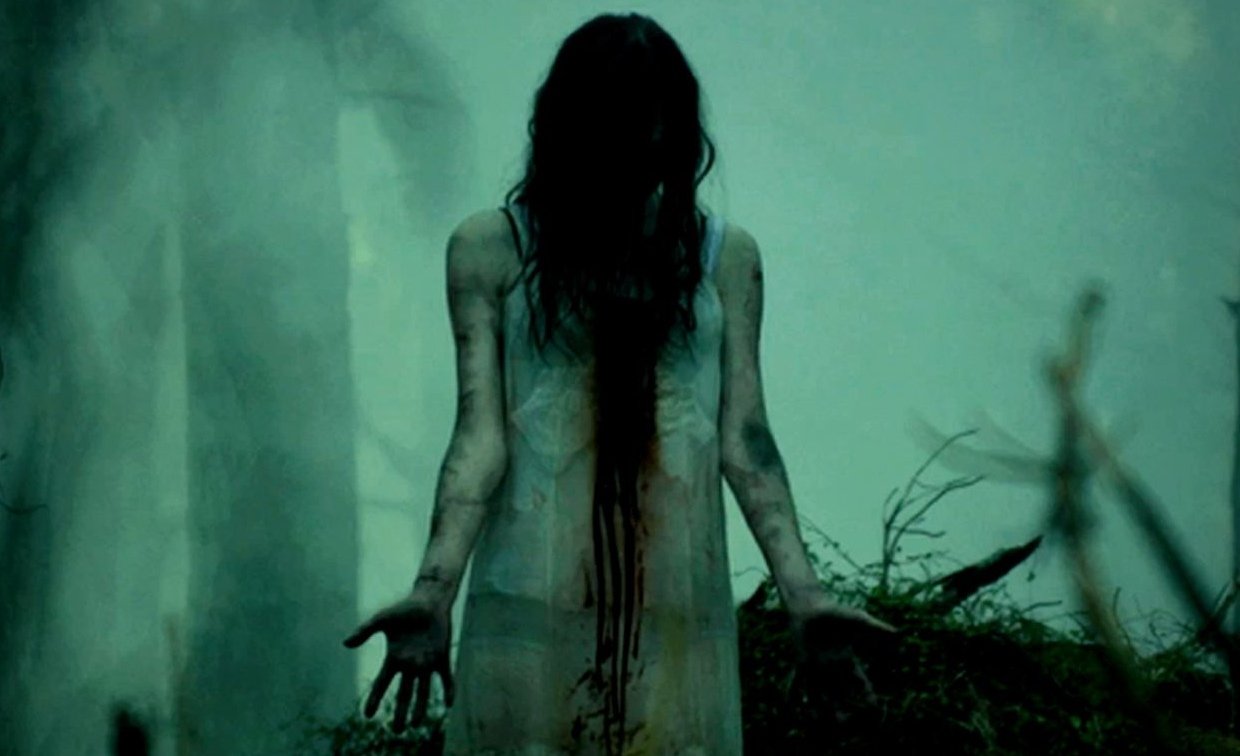 If you are looking for scary horror movies to conjure up some serious supernatural frights, HMH has you covered. Whether you prefer your horror movies with a ton of splatter or edge-of-your-seat suspense, there is something for every gorehound below.

This chilling feature directed by David Koepp had the unfortunate timing of making its theatrical debut in September of 1999, just one month after The Sixth Sense hit cinemas. Because both movies involved a small boy dealing with ghosts and Sixth Sense was such a wildly huge hit that was still being raved about worldwide, at the time, Stir of Echoes was wrongly compared to the M. Night Shyamalan film and was largely disregarded.

Tom Witzky (Kevin Bacon) is a fairly typical working-class guy living in Chicago with his wife Maggie (Kathryn Erbe) and his son Jake (Zachary David Cope). One night at a party, Tom gets into a lively discussion with his sister-in-law, Lisa (Illeana Douglas), who believes in psychic communication and the power of hypnosis. He challenges Lisa to hypnotize him, and she plants in him a post-hypnotic suggestion to be more open-minded. But the results aren’t quite what Lisa or Tom expected; Tom now senses an air of terrible dread throughout his house and is convinced that evil lurks just around the corner. He also sees the spirit of a girl from the neighborhood who disappeared months ago — and Jake sees the spirit as well.

Also streaming for free on Tubi is one of the most brutal horror movies of 2013 and one of the bloodiest of the last decade, Evil Dead. If you are going to do a “soft reboot” of a movie, and a cult-classic horror film to boot, then you have to make it your own. Clearly, director and co-writer Fede Alvarez understood this as he ditched the cheese for sheer terror and gore.

Actor and co-producer of the original The Evil Dead Bruce Campbell and director and writer Sam Rami lend their hands as co-producers in the terrifying reboot. This is the fourth installment in the horror franchise and, unlike the previous three, this one has a profoundly serious tone. While the plot may sound the same as the ’81 horror classic, the feel of the film is different, providing horror fans another way to enjoy this familiar story.

Five twenty-something friends become holed up in a remote cabin. When they discover a Book of the Dead, they unwittingly summon up dormant demons living in the nearby woods, which possess the youngsters in succession until only one is left intact to fight for survival.

1990’s The Exorcist III was one of the most popular horror movies of the early ‘90s, and it is the only good sequel to the 1973 original. Perhaps the third installment is the only solid sequel in the franchise because William Peter Blatty—who produced the original horror masterpiece and wrote the story for the screen, which was based on his 1971 novel of the same name—wrote and directed this feature, which was based on his 1983 novel Legion. Out of the five films in the franchise, Blatty was only involved with the first and third installments.

This story wisely ignores the happenings of The Exorcist II: The Heretic and takes place 17 years after the original. Where Heretic seemingly set out to show us that a possession movie can indeed be exceptionally long and very boring, the third one sets out to scare the living shit out of us.

Lee J. Cobb’s character of Lt. William Kinderman of the original returns in this installment, this time played by the legendary George C. Scott. And just for good measure, Brad Dourif (Chucky voice actor from the Child’s Play franchise) portrays the Gemini Killer, a character loosely based on the Zodiac Killer.

Police Lt. Kinderman (George C. Scott) notices similarities between his current murder investigation and the methods used by the “Gemini” killer (Brad Dourif) who was executed 15 years before. He soon discovers a hospitalized mental patient (Jason Miller) claiming to be the dead serial killer, but who looks uncannily like a priest Kinderman knew who died during an exorcism. As more bodies are found, Kinderman looks for connections between the two supposedly dead men.

William Friedkin, the director of the original, was set to direct this feature but left the project due to conflicting opinions with Blatty. Nonetheless, The Exorcist III remains creepy as hell, and it is one of the scariest horror movies streaming for free on PopcornFlix.